Paul Critchley, Johnny Bull (40 original pieces), another 55 artists have been commissioned to produce over 7,000 original works for the cabins, public spaces and decks 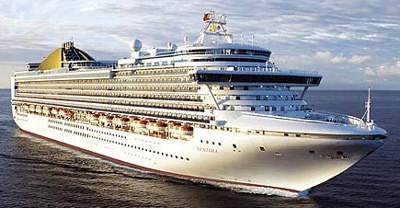 Ventura is specifically designed for the British market. 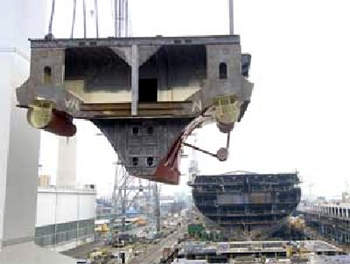 The keel being laid in the Fincantieri yards at Monfalcone. 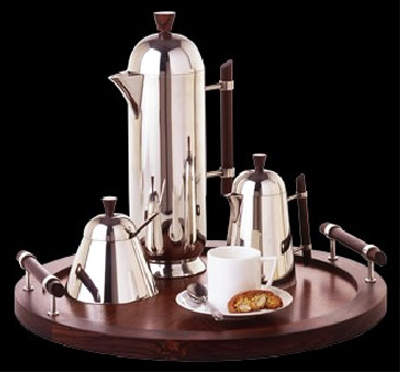 Nick Munro is a well known designer who is producing a typically British feel to the ship while remaining contemporary. 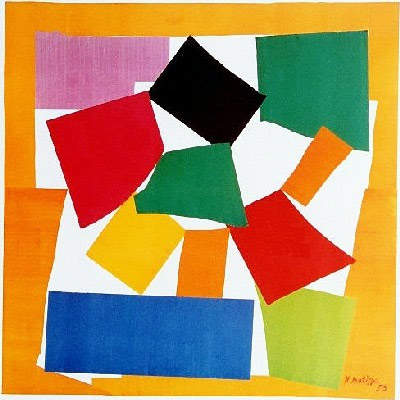 The ship is partnering with the Tate Modern to run modern art appreciation classes and to display some of the Tate’s works onboard.

In September 2005 it was announced that one of two ships due for delivery from Italian shipbuilder Fincantieri Trieste’s Monfalcone yard in March 2008 had been allocated to P&O Cruises. The new 116,000t cruise ship, which will be named Ventura, will be the largest ever built specifically for the British market and will carry 3,600 passengers and 1,200 officers and crew. The new cruise ship will cost some £300m (€535m) to construct.

The ship, designed specifically for British cruisers, will have an emphasis on fine dining, modern and contemporary art and family entertainment.

The signature fine dining restaurant aboard the vessel will be called The White Room and will be overseen by the famous restaurateur Marco Pierre White, holder of three coveted Michelin stars, who will act as a consultant in the run up to the 2008 launch of the ship.

The White Room will be a sumptuous restaurant with a menu reminiscent of the finest dishes found in the most memorable hotels and restaurants across Italy. The Beach House is another restaurant to be featured on the ship as a family dining venue. There will also be two pay-extra restaurants – one offering Asian Fusion and the other linked to a celebrity chef.

Ventura has also partnered with Noddy for the children’s area, and with the Tate Modern to host ‘Introduction to Modern Art’ themed cruises. Art and design are key themes for the ship and Ventura will be a floating showcase for the very best of British contemporary art, with 7,000 different pieces from 55 artists.

The length of the ship will be 290m (951.2ft) with 14 passenger decks, 1,546 cabins [(71%) outside cabins and 880 (57%) will have balconies], five swimming pools, six Jacuzzis, eight full restaurants and a total of 11 places to eat. It will also have six boutiques and three show lounges, including the largest theatre on a British ship.

Ventura’s maiden voyage will be from Southampton in April 2008. Ventura will set a new standard for 21st century cruising from the UK, with her mix of innovation, creative design and cutting edge features.

The keel was laid in August 2006 and involved the placement in the dry dock of one section of the ship’s hull. This section was made up of six pre-manufactured blocks, weighing 650t and ready-fitted with piping and other internal structure (modular). Ventura will take to the water for the first time at her float out in June 2007, before her delivery to P&O Cruises at the end of March 2008.

The Metropolis at the aft of the ship on Deck 18 can bring passengers all the excitement of the world’s most dramatic destinations. A 20m floor-to-ceiling video wall will display dramatic cityscapes, so passengers may gaze ‘out’ upon Paris, New York or Sydney or a range of other ‘scapes’ as they sip a cocktail.

Grouped seating and soft lighting will also create the feel of a sophisticated jazz bar where passengers can listen to the mellow sounds of a jazz combo or pianist. By day, the venue makes a comfortable and stylish observation lounge.

The Oasis Spa, salon and gymnasium on Deck 16 will offer a luxurious range of treatments and will be staffed by skilled therapists and fitness experts. The spa (the largest on a British ship) will have a thermal suite and an endless pool, in addition to a mix of traditional and modern alternative therapies, all with sea views.

As part of the round the clock activities for children aged two to 17, older children on Ventura will be offered lessons in how to become a rock star, learning how to play guitar, keyboards and drums. And for the first time, P&O Cruises has designed an area specifically for parents to supervise children aged less than two years old.

British designer Nick Munro will be creating items designed specifically for contemporary British tastes. These will help create an environment that is visually stimulating and welcoming to Ventura’s target passenger market. The Atrium will form the hub of the ship from which all public areas can be easily accessed and this will be a striking design with its four imposing pillars, clad in black granite and two panoramic lifts. The Atrium will span three decks and be 9.3m high.

A talented team of international designers are working on Ventura. Coordinating architect is Italian Giacomo Mortola, president of GEM S.R.L. Mortola is designing two of the restaurants, The White Room and Beach House, as well as the theatre, three bars and casino.

“Ventura will also have by far the widest range of facilities for families, including four large play and adventure areas.”

In addition to overseeing the GEM-designed rooms onboard, Mortola is coordinating those being created by designteam, SMC Design and Germany’s PartnerShip Design (Kai Bunge and Siegfried Schindler). Mortola said: “We are all collaborating well and my biggest challenge is to ensure that all adjoining rooms and spaces when presented in their entirety all gel together.”

PartnerShip Design is responsible for the pool and deck areas, two clubs, two restaurants, the sports areas and photo gallery on Ventura. Schindler is particularly pleased with Havana which will be the main nightclub and entertainment venue.

Havana will act as an activities room in the day and Cuban-inspired club at night and the challenge has been creating suitable lighting for both applications. The design team is responsible for the atrium and surrounding shops, cafes, cyb@centre, bookshop and reception and Red Bar. The three-deck atrium is designed on a gateway theme, central to which are four towering black granite archways specially sourced from India.

Ventura will herald a renewed push by P&O Cruises to attract the emerging UK families market for cruising. Since the last two ships added to the P&O Cruises fleet – Arcadia and Artemis – were both designated adults-only, in Summer 2006 it was difficult to meet the increasing demand from families to cruise on the three family-friendly ships (Aurora, Oriana and Oceana).

Ventura will not only be the largest ship ever built for the British market but she will also have by far the widest range of facilities for families, including four large play and adventure areas where the supervised children’s clubs will be based.

Other designated facilities will include two family swimming pools and a family dining area which will be a mixture of buffet and table service. Other features will include the largest (two-tier) theatre on a ship built for the British market plus a pool skydome, two show lounges, casino, library/book shop, cyb@study, art and photo galleries, sports court and hi-tech gym. Other family entertainment will include Cirque Ventura (a circus skills training school), Scalextric at sea (a digital race track) and a 3D cinema.